Hulme Hippodrome up for auction

This landmark Grade II former theatre, in Hulme, Manchester with an audience capacity of 3,000, once played host to the likes of The Beatles, Laurel & Hardy and Nina Simone. 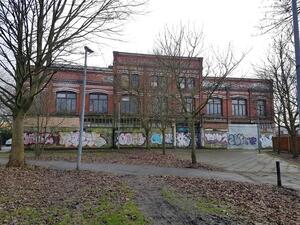 But now the Hulme Hippodrome is up for auction, with a guide price of £950,000, and a faded interior which only hints at its more glamorous past.

Jordan Phillips, Associate Director of Auction House London who are marketing the property, said: “The Hippodrome is a landmark building with a fascinating history, right in the heart of Hulme.

“It’s played host to some of the greatest names in entertainment, been used as a bingo hall, a casino, a nightclub, a place for worship, and more recently has lain empty.

“It’s now ready for someone to write the next scene in the life of the building – perhaps by being converted into residential accommodation, subject to obtaining all necessary consents”. 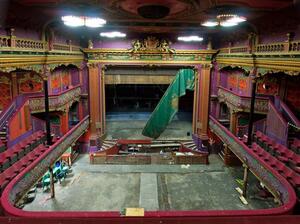 Built next door to the Hulme Playhouse (and connected to it by an arcade), the property was designed by J. J. Alley who also designed several other theatres in Manchester.

Originally known as the Grand Junction Theatre and Floral Hall, it opened on 7 October 1901. 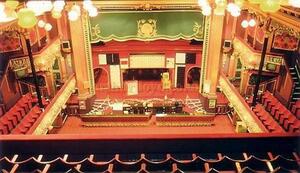 Initially the theatre staged mainly dramatic productions, while the Playhouse presented variety performances, but in 1905 the names and functions of the theatres were interchanged.

The Hippodrome was last used as a theatre in the 1960s; from the mid-1970s until its closure in 1988 it was used as a bingo hall. The building was bought by Gilbert Deva Ministries in 1999, and for a time services were held in part of the ground floor.

Since then, most of the building has remained empty, and it has been placed on Manchester City Council's Buildings at Risk Register. In September 2019, the building was named on the Victorian Society’s list of the top ten most endangered buildings in England and Wales.

The Hulme Hippodrome is up for auction with Auction House London on Wednesday 10th February at 12 noon, with a guide price of £950,000.