Another record start to the year at Auction House 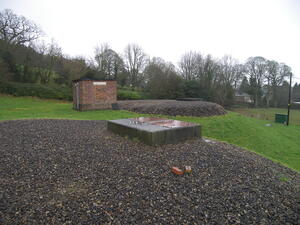 Auction House is reporting a strong start to the year, with its best-ever January result and nearly twice as many February entries as any other UK property auctioneer.

The group sold 61 lots in the traditionally quiet first month of the year - raising £6.1m and marking four consecutive months each with sales ahead of the previous year. In addition, at 561 lots, the number of entries into its February sales far exceeds any other auctioneer in the country.

Commenting on the figures, Auction House Founding Director Roger Lake said: “This continuing hunger for sale by auction is a clear indication that sellers and buyers are capitalising on the demand fuelled by the Stamp Duty Holiday. Indeed, auctions are now the only remaining method available to ensure buyers benefit from this temporary tax break before it expires on 31 March.

“The lead time between entering and exchanging contracts is now down to just three weeks at auction, compared to what can be longer than three months by private treaty. We are able to do this because alongside our regular regional sales all over the UK, we hold a National Online auction every Thursday throughout 50 weeks of the year. Being able to offer a speedy sale is a major attraction to vendors who are in a hurry or want to select the specific date on which they sell.”

Roger Lake says that the auction market is currently undergoing massive change, thanks to the increased flexibility offered by Livestream and Online Auctions. He explains: “We are running more regular events to meet the needs of our sellers. We are selling more lots prior to auction when our vendors prefer it, and we are able to tie-up more post-auction sales too. Together with selling on the day, the outcome is a noticeably higher success rate.”

The widening appeal of auction is confirmed by the number of big-ticket lots entered into Auction House sales in February, each guided at £1m or more. These include a 20-bed block of apartments in Northamptonshire (£1.5m), a five-bed semi in London (£1.2m), and a block of seven flats and two shops in Devon (£1m).

Roger Lake added: “As you can see, auction is no longer the sole reserve of properties from the bargain-basement. Similarly, the wide range of lots available demonstrates the sheer variety of what can be bought and sold under the hammer.

“Some commentators are suggesting that the end of the Stamp Duty Holiday means that private treaty demand will collapse over the coming months. At Auction House, we think differently – not only because our entries are priced to sell, but also because our pool of repeat buyers are continuing to purchase regularly. The desire to sell seems stronger than ever; Covid restrictions have highlighted people’s urgency and auction is delivering at an exceptional level.”