A pair of neighbouring cottages once used by caretakers of a school in Wolverhampton are among the star properties in Bond Wolfe Auctions’ next auction later this month. 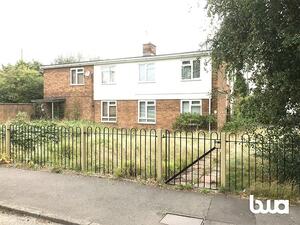 The three-bedroomed, semi-detached homes at 1 and 2 Marsh Lane in Fordhouses will have an attractive guide price* of just £148,000+ in the online-only, live-streamed auction on Wednesday 28 October.

The properties, being sold on behalf of Wolverhampton City Council, are set back from the road in a corner position with gardens and a driveway approach that are adjacent but now unconnected to a school that’s been on the site since 1942.

This school was first known as Fordhouses Senior Mixed, then Wobaston Secondary, and then Wolverhampton Grammar Technical before being renamed as Pendeford High School in 1968, then Pendeford Business and Enterprise College before it became Ormiston NEW Academy in 2017.

Gurpreet Bassi, chief executive of Bond Wolfe Auctions, explained that while the cottages were relatively modern they needed general upgrading and modernisation.

Mr Bassi said: “These former school cottages would be an ideal purchase for a small developer willing to invest in refurbishment to make two very pleasant family homes for potential rental.

“The cottage at No. 1 has a canopy porch, hall, lounge and kitchen downstairs, plus a side entry, store and toilet, with the three bedrooms and a bathroom upstairs.

“The cottage at No. 2 has a similar lay-out but with only the hall, lounge and kitchen downstairs, and both properties are mostly double-glazed with gas-fired central heating.”

The freehold property is just one of what will be 150-plus properties expected to be offered on 28 October during what will be the third online auction held by Bond Wolfe Auctions since COVID-19 restrictions were in place in March.

The previous two held in July and September have seen a total of nearly £39 million in sale prices achieved for more than 400 properties.