With the market showing tentative signs of stabilising in November, SDL Property Auctions hosted a mammoth November auction, where a catalogue of residential and commercial lots went under the hammer, with £14.6m being raised over the course of the month. 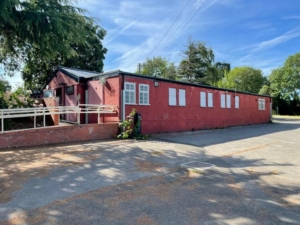 Particularly strong results were achieved across a range of commercial properties. In Sheffield, the Eckington Community Centre was offered for sale with a guide price of £75,000+ plus fees. Sitting on a site of approximately 2.6 acres, it offered great potential for redevelopment, subject to the appropriate planning consents being obtained. Nestled within a popular residential location, it was subject to an exciting battle of bids, eventually selling for £230,000 as one lucky buyer took the site under their wing.

Managing Director and Auctioneer Andrew Parker said: “A site like this is testament to the power of auction. The bidders who were interested in this lot could see its great potential due to its size and location, and were willing to bid what it took to secure it for themselves. With the right consents being obtained this could easily become a small residential development or redeveloped community hub. It will naturally be interesting to see what is done with it over the coming months.”

One of the stars of November’s auction was the Nuclear Bunker in Louth. After becoming a celebrity in its own right, the lot had garnered great interest from far and wide, and curious bidders looked to secure their own piece of history – or even just say that they owned a nuclear bunker! They were also tempted in by the site’s guide price of £25,000 and after a short bidding tussle, the bunker was eventually sold for £31,000.

In Nottinghamshire, a fantastic mixed-use property was offered for sale in Stapleford. 26 and 28 Derby Road was sold in partnership with Robert Ellis Estate Agents, and consisted of a dual unit, twin shop with retail space, and two separate one bedroom flats. With the flats currently generating a joint income of £735pcm, with potential to add value with future income from the shop space, this was seen as a great investment for a number of bidders, with it eventually selling for £201,000 from its guide price of £135,000+ plus fees.

There was also palpable bidding excitement in the room with the sale of the Former High Peak Area Social Service Office in Glossop. This stone built building is laid out over a single storey, and thought useful for a variety of alternative uses, including bespoke residential dwellings, a nursery or a return to office space – all of which would be subject to the appropriate planning consents being obtained. After being offered at a guide price of £200,000+ plus fees, it eventually sold for an incredible 158% over its guide price, for £515,000.

There were strong results in across Timed Auctions too – 1a Green Avenue in Chellaston sold for £128,000 after a small flurry of bids from interested parties. This Grade II listed, two-bedroom cottage is believed to date back to the early 1800s and had originally been the village shop. In good condition throughout, the property had a guide price of £120,000+ plus fees and is sure to make a lovely home for the new owners.

Andrew continued: “Sales like this prove that auctions aren’t just for run down properties or the commercial lots that had such success in our National Auction. For those looking to achieve a secure sale and quickly, unconditional online sales provide the perfect antidote to a stagnated sale elsewhere.”