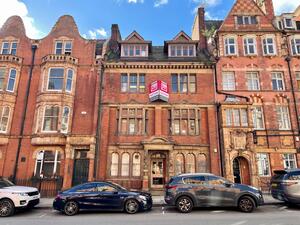 The attractive Grade II listed self-contained offices at 54 Newhall Street (pictured) in Birmingham’s Central Business District, sold prior to the auction for £1 million.

But this result was outdone by the prior sale of commercial investment Chapel Court on the corner of Market Street and Queen Street in Wolverhampton, which raised £1.65 million.

These were just two of the outstanding results that saw Bond Wolfe sell 180 of the 191 lots offered, raising £29.2 million for a success rate of 95%.

Bond Wolfe chief executive Gurpreet Bassi said: “The total means that Bond Wolfe has set a new sales record in 2021 of over £175 million, and the momentum is set to carry into 2022 with lots already being booked into the first auction of the year on Wednesday 9 February.

“I am really proud of the achievements of all of our team and the dedication and hard work that has produced this outstanding result for 2021.”

Interest in Bond Wolfe’s livestreamed auctions has remained high throughout the year, with the December auction receiving 755,774 website page views, 201,467 video tours, 47,351 legal documents downloaded and 24,815 viewers logging in to watch and bid on the live auction.

Further highlights in the auction included the sale of both commercial ground rent lots for Birmingham City Council, with 308-310 Park Road, Hockley, selling for £158,000 and 100 Windsor Street South in Nechells raising £151,500.

Another outstanding result saw competitive bidding for a substantial pair of mid-terraced houses in Sparkbrook, Birmingham, which have been converted into six self-contained flats. From a guide price* of £150,000, they sold for £590,000.

There was also keen interest in the result of the sale of four bedroom detached house at 30 Marlborough Road, Castle Bromwich, Birmingham, which was being sold on behalf of The Methodist Church Birmingham Circuit. Offered with a guide price of £335,000, the hammer finally fell at £391,000.

And a property in the most popular category in Bond Wolfe’s auctions – a two bedroom mid-terraced house in Ward End, Birmingham – sold for £147,000 from a guide price of £60,000+.

Bond Wolfe’s next auction starts at 9am on Wednesday 9 February 2022.