London Auction House considers a return to the room in 2022

Auction House London is considering whether to bring its sales back into the auction room in the near future.

Auctioneer and director of Auction House London, Andrew Binstock says that any decision to move away from livestream sales – which have been the only method of buying and selling during the pandemic – will have to be carefully considered.

He explains: “Livestream sales have been a spectacular success – more than we could have imagined. We have had some of our highest sales figures during Covid and we’re seeing three to four times the number of people engaging with our auctions as we did when sales were held in the room, both in terms of registered bidders and others simply interested in watching and experiencing the excitement of the auction process.

At its recent sale Auction House London had a 79% success rate with sales reaching almost £26m (£25,937,100). Bidding was strong from the start with Lot 1 selling for well above its reserve and guide of £400,000 at £565,000. The plot, in King Edward Road, Barnet, has planning to demolish a current bungalow on the site and replace it with two homes. 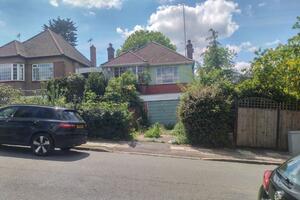 Andrew Binstock added: “Livestream auctions have meant we can attract even more bidders to sales from all over the world during the past 18 months. There is still some reluctance though from some bidders to expose themselves to the risk of being in a room and a ‘hybrid’ format, would need to take account of the fact that sales can now take longer to complete. But whatever choice we make, the last few months of the year are looking very positive.”