Bond Wolfe is reverting to livestreamed auctions after research revealed the mass majority of bids remained online during its first return to in-room auctions. 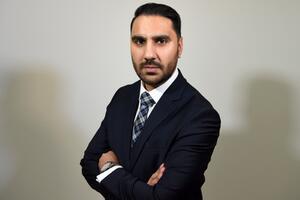 The top property auctioneer’s decision came after more than 95% of bids were made online, by phone or proxy at its auction at Villa Park on 21 July, despite hundreds of people attending in person.

Gurpreet Bassi, chief executive of Bond Wolfe, said: “We were really excited to return to Villa Park after receiving lots of feedback from buyers and sellers that there was demand to return to an in-room auction.

“However, while it was a successful day and it was good to see so many familiar faces there in person, it was clear to see that the majority of bidding was online.

“Indeed, closer analysis confirmed that despite an excellent in-room attendance more than 95% of the bids were online, by phone or proxy.

“This prompted us to undertake some in-depth research over the last few weeks, including a survey with our sellers, buyers and bidders which received thousands of responses.

“This told us that the overwhelming majority of our audience preferred live-streamed auctions, with the main reason being the convenience to bid remotely and around work and other commitments.

“People also said they had become used to bidding remotely, plus Covid-19 is still having an impact, with others telling us that they preferred not to mix in crowds.

“The results of our research have led us to the decision to revert to livestreamed auctions for the time being.

“We are not saying we won’t ever hold an in-room auction again, as we do not think that there has necessarily been a permanent shift online.

“But like every other industry, these trends are something we need to continue to monitor, with more research planned next year. We will, of course, adapt to demand as required.”

Bond Wolfe’s auction on 21 July auction saw 156 lots sold and more than £26 million raised in sales, with properties and bidders from London, the North East, North West and across the Midlands, and bidders also from the USA, South Africa and across Europe.

And on the day itself, as well as those present in the busy auction room, a total of 17,215 viewers logged in to watch the auction live.

Mr Bassi added: “Our results from July show that demand for property continues to outstrip supply and it is still a great time to sell your property – with our livestreamed auctions being the ideal way to do this quickly and efficiently.”

The next auction being held by Bond Wolfe starts at 9am on Thursday 15 September 2022.