Bond Wolfe saw a substantial growth in revenues at their second auction of 2022, with total sales of more than £23 million. 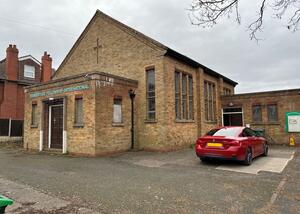 The auction on 30 March was more than £5 million up on the previous auction in February and saw 168 lots sold out of 181 offered, a success rate of 93%.

Bond Wolfe chief executive Gurpreet Bassi said: “While global uncertainty surrounding huge issues like the Ukraine war, oil prices and interest rates continue to rock the economy, it is reassuring to see that property is still seen as a safe investment.

“We got off to a good year in our February sale with revenues of £17.7 million but were delighted to have seen a substantial growth to more than £23 million in our second sale of the year.

“The popularity of Bond Wolfe auctions speaks for itself both in terms of the sales made and the incredible audience statistics that have emerged.”

Strong bidding produced an even more impressive result for a three-bedroomed, semi-detached house at 108 West Park Avenue in Northfield, Birmingham when it sold for £216,000 – well over four times its guide price of £50,000+.

There was a healthy interest in a wide range of properties at the auction, with a two-bedroomed, semi-detached house at 44 Dolphin Lane in Acocks Green that needed renovations throughout sold for £184,000 – nearly twice its £95,000+ guide price.

Properties over in the Black Country also prompted competitive bidding, a good example being the £136,000 raised for a three-bedroomed, mid-terraced house at 95 Coles Lane in West Bromwich, which had a guide price of £75,000+.

The Black Country success story continued with a quartet of neighbouring houses converted into flats at 117, 119, 121 and 123 Tettenhall Road in Wolverhampton, which all sold prior to auction as follows:

Bond Wolfe sells properties from across the UK for all sorts of reasons, an example being a two-bedroomed, mid-terraced house at 54 Wheatfield Road in Northampton with a £140,000+ guide price which was sold on behalf of receivers for £160,000+.

Mr Bassi added: “These impressive results once again show that there is a resilient interest in properties across the UK and that it is an ideal time to sell quickly by auction.”