A “Market-leading” success rate of 85% saw 123 lots sold from 145 offered at Bond Wolfe’s latest auction, with more than £20.2 million raised in sales.

A total of 15,121 viewers logged in to watch the popular auction live on 16 September, with 1,000-plus registered bidders.

The interest in the run-up to the auction was also once again high with 508,483 website page views, 120,106 video tours watched and 29,008 legal documents downloaded. 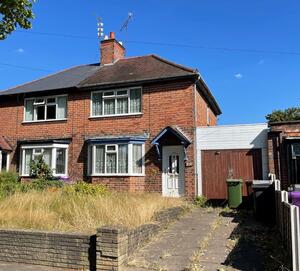 Gurpreet Bassi, chief executive of Bond Wolfe, said: “We are delighted to have continued our market-leading success rate at what was our fifth auction of 2022.

“We enjoyed an 85% success rate for a national range of properties, including lots from Devon, London, the North East and North West, as well as from across the West and East Midlands.

“While the wider economy is having its wobbles, our healthy results show that there is still a keen interest in the property market from bidders across the UK and abroad.”

The highlights of the auction included the moment the hammer came down at nearly seven times the guide price* for a three-bedroomed, semi-detached property at 209 Warstones Road in Penn, Wolverhampton (pictured).

This property had a £25,000+ guide price to reflect its need for modernisation, but the potential for development at the side and rear, subject to planning permission, meant competitive bidding that resulted in an outstanding sale price of £174,000.

Other properties that sold well included a two-bedroomed, mid-terraced house at 10 Lloyd Street in Wolverhampton with a guide price of £65,000+ that sold for more than twice that at £136,000.

Up in Stafford, a rare pair of neighbouring two-bedroomed, semi-detached houses at 52 and 54 Carisbrooke Drive which both had guide prices of £82,000+ were sold for £122,000 each.

The popularity of homes near to Solihull was once again evidenced with a final successful bid of £196,000 for a three-bedroomed, end-terraced house at 43 Gracemere Crescent in Hall Green, well over twice the guide price of £85,000+.

Meanwhile, a freehold mixed-use investment property containing a shop, gymnasium, two self-contained flats and telecommunications masts that is bringing in annual rents of £49,400 at 170-174 Halesowen Street in Rowley Regis, Sandwell was sold prior to auction for £550,000 – well over the £495,000+ guide price.

Bond Wolfe’s next auction is on Thursday 27 October, and anyone with properties to sell can arrange a free appraisal by calling the auction team or visiting www.bondwolfe.com/free-property-appraisal/.

Mr Bassi added: “With continued buyer interest for properties across the UK, our October auction provides a fantastic opportunity to people to sell their properties this autumn.”