It may be boarded up and needing modernisation, but competitive bidding is expected for a Sutton Coldfield family home in Bond Wolfe’s next livestreamed auction on Thursday 9 September.

Because the three-bedroomed, mid-terraced property at 135 Wyatt Road in the sought-after suburb comes with a guide price* of just £90,000+.

The double-fronted former council house is being sold on behalf of Birmingham City Council and will come with a new 125-year lease at a peppercorn ground rent, with a requirement to refurbish the property as a usable single dwelling within 12 months of

The pressure from buyers was high from the start and continued on that tack at the recent Auction House London auction (Wed 28 July 2021) which cleared almost £28m (£27,516,600) in sales. 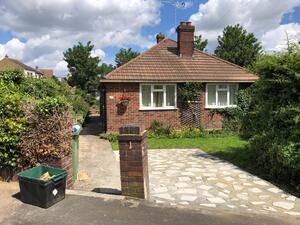 Auctioneer and director of Auction House London, Andrew Binstock, said “Properties in need of improvement and with potential are being snapped up in a market which shows no signs of cooling down. The stamp duty holiday

Bond Wolfe broke its record for the most lots sold in a single day during the July livestreamed auction, with 222 lots sold of the 231 offered for a success rate of 97%. 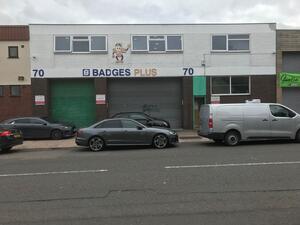 First under the hammer were a series of commercial ground rents being sold on behalf of Birmingham City Council.

In a sensational summer of sales, SDL Property Auctions brought July to a close by holding its ever-popular monthly live-streamed National Property Auction on the back of its biggest ever catalogue.

Throughout the month, SDL Property Auctions has secured over £31 million in sales through its live-streamed auctions, Timed Auctions and Buy it Now sales for sellers of all types of property, from tiny parcels of land to multi-million pound apartments. 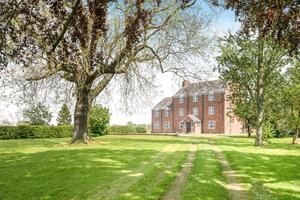 Firmly dispelling the myth that auctions are only for low-priced, rundown properties was the sale of a sumptuous triplex

Despite a mixed welcome for ‘Freedom Week’ and the lifting of pandemic regulations, Acuitus’s July auction once again illustrated that investor appetite for commercial property has been sustained throughout the first half of the year.

The auctioneer’s latest sale saw 91% of the lots offered sell for a total of £12.76m. This brought the total realised at Acuitus auctions during the first half of the year to £93m – a 60% increase on the corresponding period in 2020.

Acuitus Chairman and Auctioneer, Richard Auterac, commented: “The first half of this year has seen the tech platform on

A former chapel in Doncaster, an ex-office/retail unit in Sheffield and land in Barnsley all sold for more than twice their guide prices at Mark Jenkinson and Son’s latest ‘fiercely competitive’ online auction.

In the fifth online auction of the year for the auctioneers – which saw sales total £3.8m – the former Methodist chapel in Nethergate, Doncaster, sold for more than three times the guide price of £40,000 at £134,000.

The ex-Citizens Advice Bureau on Spital Hill – a substantial double-fronted inner terrace office/retail unit over five levels – was listed at £175,000 but sold

Top property auctioneer Bond Wolfe has broken its previous record for the total number of lots sold in a single day, raising more than £29.2 million in sales.

The fast-growing company sold 222 lots from the 231 offered in its latest livestreamed auction yesterday [21 July], achieving a success rate of 97%.

Live-streamed auction catalogue bigger than ever 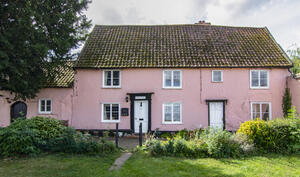 Almost 250 lots are featured in the interactive digital catalogue, launched ahead of its National Property Auction on Thursday 29th July. This is the highest number since it began running its hugely successful live-streamed Auction Events at the start of the pandemic.

Against a background of a national shortage of homes for sale, managing director and auctioneer Andrew Parker said the high number of lots shows a growing number of sellers choosing a fast, hassle-free sale

Auction House records its best first-half to the year ever

Leading UK property auctioneer Auction House has recorded its best first half results in the fourteen-year history of the company.

Commenting on the results, Auction House Managing Director Jeremy Prior said: “Announcing such spectacular figures during a global pandemic – some of which was spent in total lockdown – is a phenomenal achievement.

Homes needing modernisation at auction from £29k to £225k

DIY enthusiasts will be attracted to homes needing attention across Birmingham with prices ranging from £29,000 to £225,000 at Bond Wolfe’s next auction on Wednesday 21 July. 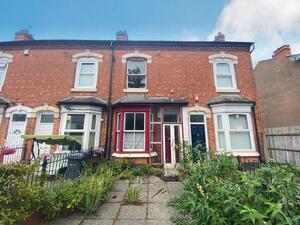 A two-bedroomed, mid-terraced house at 8 Norwood Grove (pictured) in Lozells is just one of a record 250 lots going under the hammer in the live-streamed auction.

The vacant property with front and back gardens comes with a guide price* of £29,000 to £34,000, reflecting its need for modernisation.

Renovation is also for a two-bedroomed, mid-terraced house which stands flush to the pavement at 60 Eva