Despite a background of projected higher UK inflation and also the extension of the commercial eviction moratorium, Acuitus raised £22.8m with a success rate of 95% at its June auction.

Acuitus Chairman and Auctioneer, Richard Auterac, commented: “Investors have been increasingly reappraising their investments in anticipation of an inflationary environment and are rightly worried that the 0.1 per cent they receive from their banks will be woefully inadequate.

“The news of the

Auction House has announced its highest-ever monthly sales total, with its sales in May alone exceeding £70m (£70,309,251).

The group sold 397 properties from 466 properties offered under the hammer last month, at an impressive success rate of 85.2%.

Commenting on the figures, Auction House Managing Director Jeremy Prior said: “Not only has Auction House continued to sell more properties every year than any 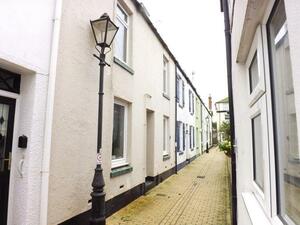 SDL Property Auctions is offering a hassle-free way to secure your next property, as supply issues on the open market pave the way for the return of gazumping.

Launching its latest interactive digital catalogue of around 200 lots, the UK’s most successful live-streamed auctioneer promises buyers in this month’s National Property Auction a smooth experience with a fixed completion date and no gazumping.

Featuring homes with *guide prices ranging from £1,000+ to £1,000,000+, the catalogue offers properties for all budgets in all parts of the country, from a plot of land on Orkney down

Developers have been made the whipping boy for alleged land banking

Leading land agent Aston Mead has questioned new recommendations to penalise developers who fail to build new homes on sites they have acquired, despite having been given planning permission.

The suggestions have been made in a wide-ranging report on the government's proposed planning changes, published by the Housing, Communities and Local Government (HCLG) Committee.

The report urges the government to ‘set a limit of 18 months following discharge of planning conditions for work to commence on site’, after which permission ‘may be revoked’. Following a further 18 months for

MOVING HOUSE - Things to remember to do!

Four weeks before you move house:

May Madness at Sutton Kersh Auction

Sutton Kersh Auctions held their 3rd auction of the year on 27th May with over 500 bidders registered. The team had 151 properties listed for the auction and sold just under £4 million pounds worth of property prior to the live streamed event. A further £8 million pounds worth of property was sold on the day, equating to 85% of Lots offered being sold.

The auction started of strong, with the first Lot offered, selling for £46,000 over the guide price. It was a 3 bed, 3 storey end terraced house in L13

Wide range of sectors to feature at Acuitus June auction

The vast majority of lots offered are located in some of the UK’s most vibrant centres, with the sale offering a wide range of mixed use & development opportunities as well as convenience store, pharmacy, medical, banking and retail investments in London locations including Whitecross Street (EC1), Holloway (N7), Clapham (SW4/SW7), Wanstead (E11) & Uxbridge (UB8) and outside London in centres including Stratford-upon-Avon, Bicester & Wells.

There has been no sign of any dip in demand for SDL Property Auctions, which continued to break its own records as another successful month came to a close. 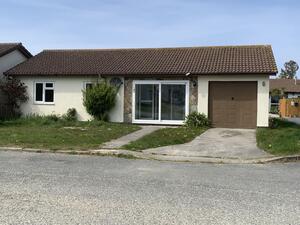 The UK’s most successful live-streamed property auctioneer ended the month with a total of more than £26.7 million raised for sellers – an impressive 28% more than its May 2020 total.

The figure was raised through its live-streamed Auction Events, daily Timed Auctions and Buy It Now sales and featured properties from a tiny retail unit in Barnsley which sold in the National Property Auction for £24,500 from a *guide price

More than one thousand bidders took part in the mammoth livestream auction led by auctioneer and director of Auction House London, Andrew Binstock. 115 lots were offered with 90% of stock selling.

The auction got off to a fast impressive start with Lot 1 setting the pace. The modern 5 bedroom terrace in Colindale, north west London needed a little updating and was guided at £250,000. Two tenacious bidders pushed each other

After another marathon online, live-streamed auction starting at 8.30am, Bond Wolfe Auctions has set a new company record for the most lots offered in a day in its May auction. 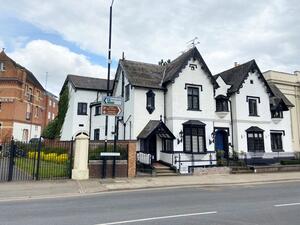 The build up to the auction reflected the increasing regional, national and global demand for property with 797,107 website page views, 162,792 video tours and 68,228 legal packs downloaded.